What are Head Lice and Where do They Come From?

Home>Blog>Medical Services>What are Head Lice and Where do They Come From? 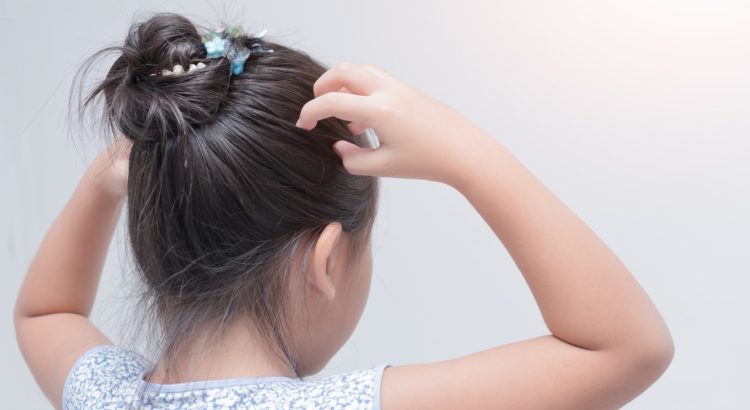 Nothing makes a mother’s skin crawl (and scalp itch) more than that dreaded note sent home from school informing parents that cases of head lice have been found amongst students, and that head checks should be performed at home. In fact, it’s highly likely that your own scalp will be itching in sympathetic response before you have finished reading this!

For most parents, this is one child-raising experience that they’d prefer not to have.

So what can a parent expect when their child has been exposed to a lice outbreak? What are these parasitic pests, and where do they come from? And most importantly—how do we get rid of them once they’ve settled into a child’s hair and made themselves at home?

The oldest evidence of the long-time relationship between humans and these pesky little creatures that enjoy feasting on our blood—and living, mating, and bearing off-spring in our hair—was found on 10,000-year-old human remains discovered in an archeological site near Brazil.

Egyptian tombs have revealed nit combs included in the graves of royalty and servants alike, showing that lice do not discriminate between social classes. Nit combs with ancient evidence of lice have also been found in ancient Roman and Greek ruins.

The prevalence of lice in some common expressions in our language and culture, such as calling something unpleasant, “lousy,” or going over something “with a fine-toothed comb,” or saying someone is “nit-picking,” is another clue that lice and humans have been living up close and personal with each other since as far back in human history as we are able to look.

This evidence shows that humans and these small, blood-sucking creatures have been engaged in a long war with each other; one which doesn’t appear to have any end in sight. All we can do is win each battle using the best lice treatments of today, and hope to not have to engage in another fight with these six-legged creatures anytime soon.

What are Head Lice?

A louse—otherwise known as Pediculus humanas capitis—is a member of the order Phthiraptera, which categorizes over 5000 species of wingless insects. Lice are external parasites, meaning they depend upon living on the outside of a host for survival. Human head lice have flattened, oval-shaped bodies and narrow heads with segmented antennae and a retractable toothed proboscis which is ideally suited for piercing the human scalp and sucking blood. Lice have six legs with a single sharp claw at the tip of each.

Head lice are one of three distinct species of lice that depend on humans for existence. Two other forms of human lice are body lice and pubic lice.

A single female head louse can lay up to six eggs per day. These eggs are laid directly on the hair shaft and then glued to the hair with a substance secreted by the female. This “glue” wraps completely around the hair shaft, resulting in a miniscule, tear-drop shaped egg that is possible to see with the naked eye, though they often go unnoticed until the infestation has progressed enough to cause itching.

Adult lice are about the size of a small sesame seed, but they can be difficult to see. They typically blend well in coloring to human hair, and when not in motion they cling lengthwise to the hair shaft as an effective camouflage mechanism. Normally, by the time a human host feels the itching associated with multiple bites, and the scurrying movement of lice on the scalp, their infestation has been ongoing for several weeks and will need treatment.

For generations, lice were treated effectively with standard pyrethrins—or their synthetic cousin, pyrethroid—pesticide-infused shampoos. However, today “super lice” have been identified in 48 US states. These super lice strains have become resistant to the common pesticides used in the most popular lice treatments. In response, today’s lice treatments offer different ingredients that work more effectively on ridding the hair of head lice. Some of these treatments use chemical-free ingredients such as heavy oils or conditioners to effectively smother lice and loosen or dissolve their eggs. Others rely on herbal ingredients such as lavender, lemongrass, and others to kill lice while remaining safe and non-toxic.

The majority of lice treatments direct the user to repeat treatment in ten days in order to kill any newly hatched lice from eggs that may have been missed. This also helps to guard against re-infestations if the lice outbreak is ongoing in the community. Diligently removing all eggs and live lice from the hair is the key to preventing a recurrence.

Treating the Home After a Lice Infestation

Besides treating the infected person to remove lice, the home should also be treated. Bedding, clothing, hairbrushes, and all hats and scarves should be washed thoroughly. Bedding should be dried in a dryer set to sanitize. Stuffed animals should be washed and dried, or sealed into airtight bags for 48 hours to ensure that any remaining lice are destroyed. Car seats should also be treated by removing cushions and laundering them.

Commercial room sprays are also available to kill lice in difficult-to-clean areas as well as mattresses, carpets, and upholstery.

Close siblings and family members should also be checked for lice and treated if any signs of infestation are found.

It’s important to remember that just as Cleopatra suffered lice right along with her servants, lice do not discriminate. It is not a matter of hygiene—in fact, some evidence shows that lice prefer clean hair. Contracting lice is very similar to catching a cold. It spreads around common, highly-frequented environments like classrooms. Anyone can catch it. Lice do not hop from one head to another, but they can crawl from one area to the next quickly, allowing infestations to spread through classrooms, daycares, and offices surprisingly quickly

Having lice or having a child with lice is not a matter of shame. It’s something that humans have suffered since the days we lived in caves, and it seems likely to still be an issue for humans when we are using our self-driving cars to fly to work or school in the future.